Major: I will seek a judicial review to stop Parliament shutdown

Former prime minister Sir John Major has told the BBC he would seek a judicial review in the courts if the new prime minister tried to suspend Parliament to deliver a no-deal Brexit.

Sir John said such a move would be "utterly and totally unacceptable".

Using a judicial review, anyone can apply to challenge the lawfulness of decisions made by the government.

Boris Johnson - the frontrunner in the Tory leadership race - has refused to rule out proroguing Parliament.

A source close to Boris Johnson told the BBC's assistant political editor Norman Smith that Sir John "has gone completely bonkers" and had "clearly been driven completely mad by Brexit".

They said the threat of court action was "absurd" and risked dragging the Queen into politics.

The UK had been due to leave the EU on 29 March, but this date was delayed after MPs repeatedly rejected Theresa May's deal. Currently, the date for exit is 31 October.

If that date is reached without a deal being agreed on the separation process, then the UK will leave without one.

MPs have consistently voted against this option, but the prime minister could try to get around that by closing Parliament - proroguing - in the run-up to Brexit day, denying them an opportunity to block it.

Prorogation ends a parliamentary session, meaning MPs can no longer vote on legislation. A new session opens with the State Opening of Parliament and the Queen's Speech.

The question of prorogation was raised during a lTV debate between Mr Johnson and his rival in the race to lead the Conservative Party Jeremy Hunt.

Mr Hunt categorically ruled it out but Mr Johnson said he would "not take anything off the table". 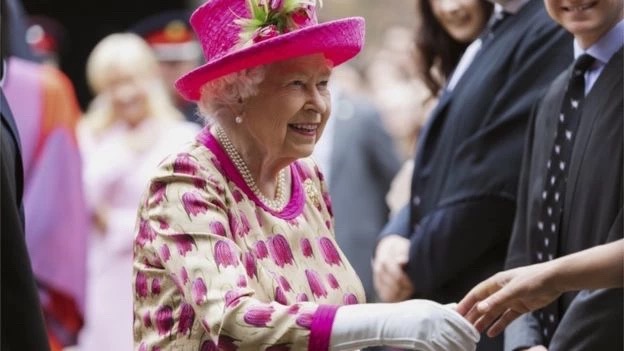 Speaking to Radio 4's Today programme, Sir John said: "In order to close down Parliament, the prime minister would have to go to Her Majesty the Queen and ask for her

He said it would be "inconceivable" the Queen would refuse his request and that she would be put "amidst a constitutional controversy".

judicial review to prevent Parliament being bypassed," he said.

interests of the country".

"National leaders look first at the interests of the country - not first at the interests of themselves," he added.
Conservative MP and Boris Johnson supporter Chris Philp described Sir John's threat as "a stunt" adding "I don't think it is a serious proposition".
He told BBC Radio 5 Live: "Prorogation is not the plan A or even plan B or plan C. The main plan is to get a deal agreed with the European Union."
However, Labour peer and Remain supporter Lord Falconer said Sir John had "accurately set out the legal position".
The former justice secretary said that "to advise the Queen to prevent Parliament from doing its job would be to cut out the most basic part of our constitution and therefore would be unlawful."
Analysis by BBC assistant political editor Norman Smith
Sir John's comments give you an idea of the distrust, hostility and division now gripping the Tory party in this contest.
That prospect of a judicial review opens up an entirely new front in the campaign to halt no deal.
We know already a number of Tory MPs - like Dominic Grieve - are trying to devise parliamentary mechanisms to thwart no deal - so far with no success.
Now we have John Major opening up an entirely new judicial route to stop Boris Johnson from proroguing parliament.
It points to the key dividing line in the party. It is not the backstop, not the Northern Ireland border, not the date we leave.
The real dividing line is over attitudes to no deal. It is clear Boris Johnson's supporters are pretty sanguine about it.
On the other hand figures like John Major and Philip Hammond believe there are profound risks - and that is the crunch dividing line.