Trump would 'take' foreign information on rival in 2020 election 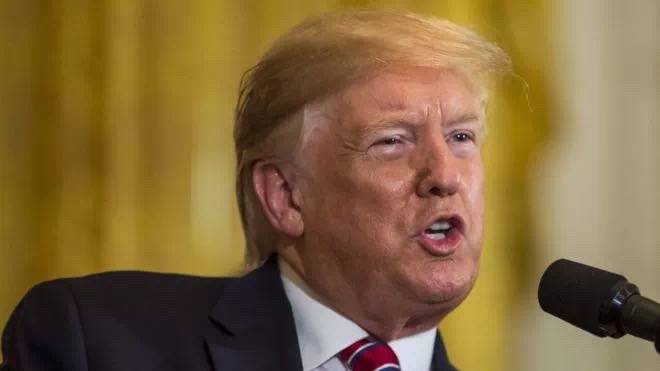 Donald Trump has said he would accept damaging information on his opponent during the 2020 election campaign, even if it came from a foreign government.

In an interview with broadcaster ABC News, the president denied this would count as meddling in an election.

"They have information - I think I'd take it," he said.

Asked if he thought his son should have called the FBI when he received one such email in 2016, he said: "Give me a break, life doesn't work that way."

However, the president later said he would "maybe" contact the FBI if he were offered information and he "thought there was something wrong".

What did President Trump say?

"You might want to listen, there's nothing wrong with listening," he told the US broadcaster.

"If somebody called from a country... [and said] 'we have information on your opponent' - I think I'd want to hear it."

Mr Trump dismissed concerns that this would amount to electoral interference by a foreign power.

"But when somebody comes up with oppo [opposition] research, right... if you go and talk honestly to congressmen, they all do it, they always have, and that's the way it is. It's called: oppo, research."

It is interesting that Trump would 'take' foreign information on rival in 2020 election.It will spell more conflict and confrontation if he wins again.