US President Donald Trump has said "not nearly enough" progress is being made in negotiations with Mexico to avert his threatened tariffs.
Trump administration officials will meet for a second day of talks with Mexico's foreign minister in Washington on Thursday.
Mr Trump vowed import duties of 5% will take effect on Monday unless Mexico stems the flow of migrants to the US.


Those numbers reached their highest level in more than a decade last month.

US Vice-President Mike Pence and Secretary of State Mike Pompeo held talks with Mexican Foreign Minister Marcelo Ebrard at the White House on Wednesday, but the 90-minute meeting ended without agreement.

Mr Ebrard told a news conference afterwards the negotiations had been cordial, but tariffs were not even discussed.
"The dialogue was focused on migration flows and what Mexico is doing or is proposing to the United States, our concern about the Central American situation," he said.
The US president, who is in Europe for World War Two commemorations, warned on Twitter that the tariffs would go ahead next Monday if there is no breakthrough.
Under his proposal, duties would rise by 5% every month on goods including cars, beer, tequila, fruit and vegetables, reaching 25% by October.
Mr Trump wants Mexico to stop the hundreds of thousands of mostly Central American migrants who have been seeking entry to the US this year.


The US president announced the planned Mexico tariffs last week on Twitter, catching members of his own party and financial markets unawares. 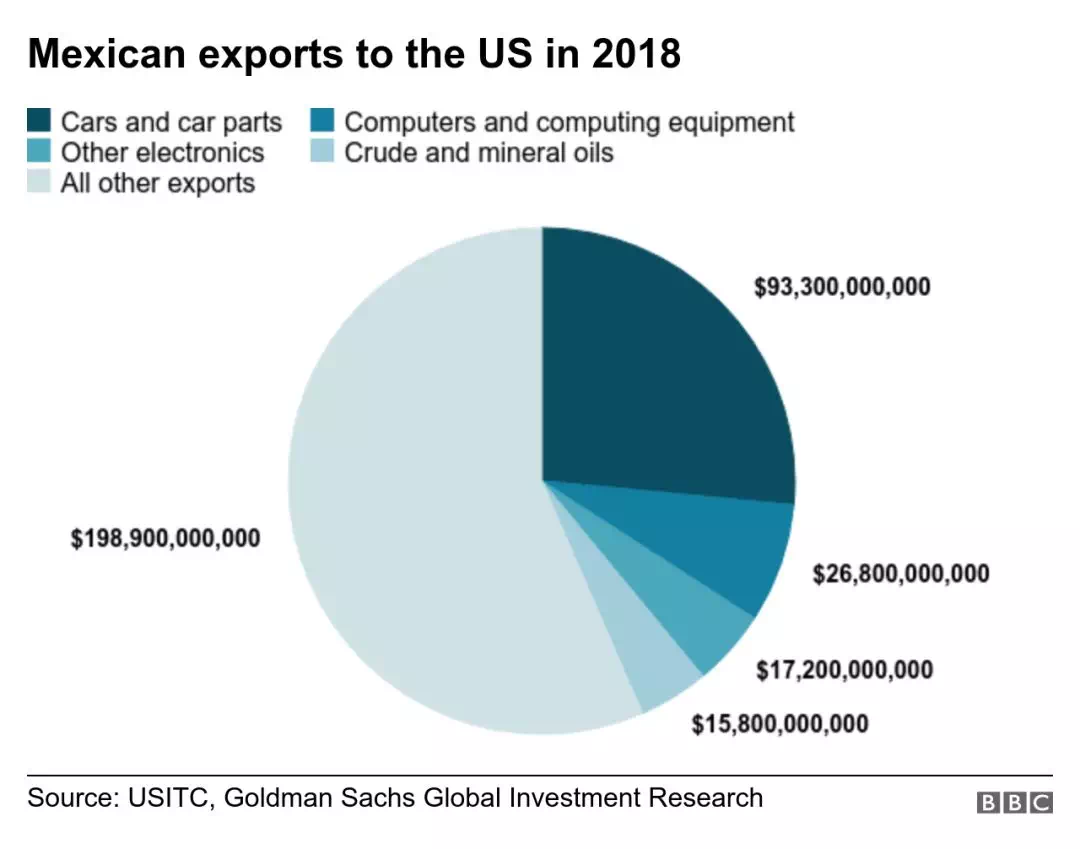 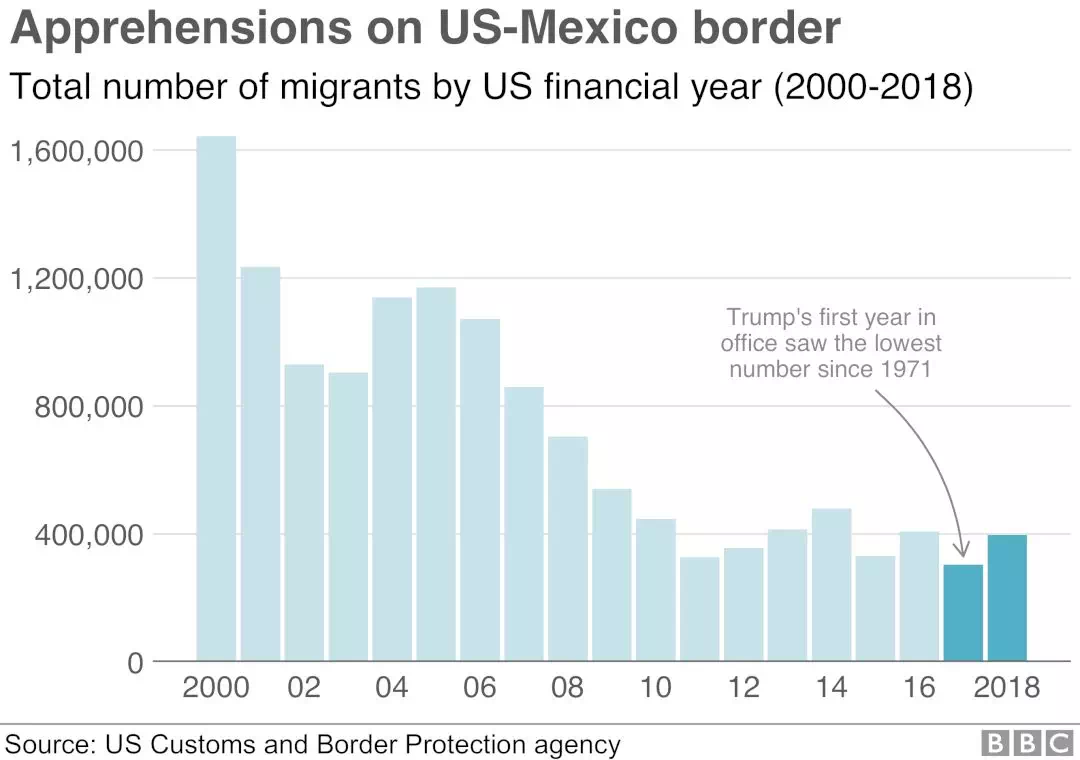